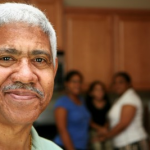 Lower Medi-Cal Reimbursements Will Impact Companion Care near Culver City After a long period of conflict between California’s Medi-Cal officials and physicians, a court has decided that the state has the right to reduce the amount it reimburses to doctors for services and equipment. It’s another blow to medical professionals who serve low-income Californians, including many seniors who depend on companion care near Culver City. But the state insists that the reductions are necessary if the system is to survive in today’s tough economy. What Does it Mean? The decision will reduce the amount that Medi-Cal pays doctors by 10... View Article 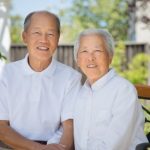 In-home Caregivers in Los Angeles Often Ward Off Scammers In a tough economy, we see the people around us coming up with creative ways to make ends meet. Unfortunately, some turn to illegal methods, stealing money outright or convincing victims to pay them by lying to them. In-home caregivers in Los Angeles have learned that seniors are some of the most common targets of these scammers, and they need our help to avoid losing their hard-earned savings. Another Phone Scam An elderly lady living in Orange County is one of the latest victims of a scam that plays on the... View Article

Water, Water All Around – How Much Should You Drink?

Everybody knows that drinking water is important, especially in a warm climate like ours in California.  And you know that encouraging your client to drink water is also very important.  But after pouring them a nice cool glass of water, or iced tea, or some juice, are you making sure that they are drinking it???  Try adding flavoring if straight water doesn’t appeal to you or your client, but do pour some water for each of you, and enjoy it together. Many of us don’t recognize we’re thirsty, thinking instead that we are hungry.  Food does contain a certain amount of water, but even if we are not... View Article

Ideas to Help People with Dementia Get Into the Shower

In addition to being one of the owners of CarenetLA, I am also a gerontology certified registered nurse. One of the common issues many people with dementia face is a fear of water. It is not something anyone has been able to explain, but, for some reason, it is something that a great majority of people with dementia face. Getting an adult person with dementia into the shower can be a challenge  In order to make it easier, make sure the bathroom is warm, the door is closed (privacy is very important), the towel and clean clothes are ready, and the... View Article