How to Make Sure a Hospital Stay is Paid For

Senior Hospital Visits Aren’t Always Covered Under Medicare An elderly person has a health scare and his family takes him to the hospital. After a few tests, the doctor states that the patient needs to spend a few days in the hospital. He stays for a few days, receiving the typical care and treatment, and the doctor discharges him when he believes he can safely return home. So far, so good, but a few days later a surprising piece of mail arrives: it’s a bill for the hospital stay, including the drugs that were administered by hospital staff. Surely there... View Article 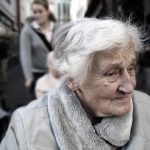 Reasons to Keep Home Care in Los Angeles on Solid Legal Footing It’s hard to go a full day without hearing a bit of news about our nation’s immigration crisis. At the moment, children who cross the U.S-Mexico border alone are in the spotlight, but there are serious problems on every front of the immigration spectrum. Although the news headlines are one thing, the debate often becomes much different when we come in direct contact with undocumented immigrants. Home care in Los Angeles is a field in which it can be difficult for people to figure out just what decision... View Article 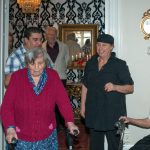 In-home care near Los Angeles Questions Senior Hospital Success You may have heard President Obama or another government official recently draw attention to new statistics on senior hospital readmissions. Supporters of the Affordable Care Act are claiming that it has solved this major problem, but in-home care near Los Angeles warns that there is more to the story than mere numbers. While the new legislation has unquestionably had an effect on hospital readmissions, there are differing opinions on exactly what that effect is so far. Fewer Readmissions on Paper “On paper,” it is true that readmission of seniors to the... View Article 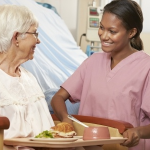 Caregivers near Los Angeles may Get Protection from Lawmakers The term “sandwich generation” refers to those who feel sandwiched in between two major responsibilities: raising their own children and caring for their senior parents. The majority of people in the sandwich generation have another major pressure as well—their careers. Lawmakers in various states across the country have recognized that employers can be tempted to discriminate against these family caregivers near Los Angeles, anticipating that their attention may be too divided to do their jobs well. Misunderstanding Caregiving A hiring manager who hears that an applicant is a mother of two... View Article 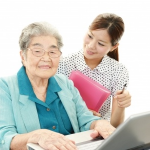 Home Care in Los Angeles is Subject to Some Little-known Laws Most adult parents of seniors do not consider themselves employers, and certainly not lawbreakers. But without a knowledge of state and federal law concerning senior caregivers, they might be both! When arranging home care in Los Angeles, it is easy to go years without realizing that those caregiving actions are outside the law and put you in danger of heavy fines if something were to go wrong. Employment Laws If your pay to a caregiver is over a certain amount per year, you are responsible for all the details... View Article