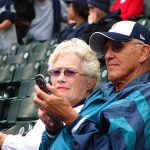 More Seniors than You Think are Sports Fans When you imagine the typical Angels or Dodgers fan, you might not think of the elderly. But with a California team in the World Series again this year, sports fans of all ages will be tuning in to watch, discussing the games the following day, and rooting for a Giants victory. Although most seniors don’t feel comfortable actually participating in athletic events like sports, they can still have a great time keeping up with their favorite teams. Even if your senior loved one has never gotten into sports, she may just find... View Article

Questions about Clarithromycin and Cardiac Trouble 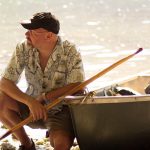 Popular Antibiotic Linked to Heart Illness Risk Clarithromycin is one of the most popular antibiotics prescribed in the U.S. today, but a new study conducted in Denmark connects in with a fairly dramatic increase in cardiac death. More study is needed to better understand the link, but the findings follow a 2012 study that identified azithromycin, another antibiotic, as a heart disease risk factor. Even earlier, in 2004, erythromycin was in the spotlight as possibly raising heart disease risk. Here’s what you need to know about the new study if your senior loved one is at risk for heart disease.... View Article

CarenetLA Helps Bring Balance to the Doomsday Headlines, Providing Los Angeles In-home Caregivers The threat of a previously unfamiliar virus, flu, or pathogen spreading a deadly epidemic across the United States is a frightening one to consider. We are well aware that there are illnesses in other countries that our citizens have rarely faced, and without a built-up immunity, those illnesses can, in theory, quickly get out of hand if they make it to our country. The most recent medical headlines warn that Chikungunya virus, an illness native to southeast Asia and central Africa, has finally spread to the United States. This is... View Article 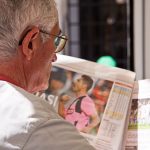 Some Shopping Advice From Elder Care near Los Angeles It is a little old-fashioned to go door to door selling a product or service. Since Internet and media advertising can reach such a large audience quickly, most businesses have abandoned the practice of actually ringing doorbells. There is a major exception to this rule: fraudulent companies that are simply trying to get a check, then disappear from sight. Elder care near Los Angeles has some advice for seniors, their caregivers, and anyone else who might be tempted to pay for a service on the spot. Consider the Probabilities It’s true... View Article

MRSA Not Just in Hospitals Any More 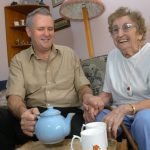 In-home Caregivers in Los Angeles Should Be Aware of MRSA’s Spread Just the mention of MRSA sends shivers down the spine of anyone who has been affected by it in the past. The threat of this antibiotic-resistant infection is enough to make a senior think twice before going to the hospital, where it is most commonly contracted. In-home caregivers in Los Angeles recently learned that there’s another important “reservoir” for MRSA, according to new research: the home. Living in the Background One of the major characteristics of MRSA is its ability to live and even spread without a human host.... View Article