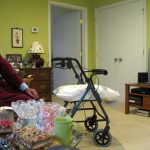 How Radar can Help Elder Care in Los Angeles Radar has always been a primarily military and commercial application. It plays a critical part in the safe operation of aircraft, and without it airports around the world would come to a standstill. A professor at Villanova University wants to take radar from the airfield to the home, where it could help emergency response units and elder care in Los Angeles respond quickly to senior falls. How Radar Works To understand how radar can benefit seniors, it helps to know a little about how it works. A radar device sends out... View Article 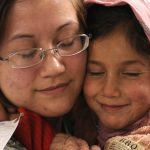 Senior Care near Los Angeles and Senior-Specific Prescriptions Doctors and others in the medical community are familiar with a problem within their industry on an anecdotal basis, and you may have come in contact with it yourself. If you’ve ever paid attention to a TV commercial for an exciting new drug, you may have caught the announcer saying something like “Do not take this drug if you are over age 65.” Senior care near Los Angeles wondered—how many of those prescriptions are given to the elderly, despite a lack of testing specifically for seniors? Communicate With  Your Doctor In a... View Article 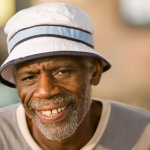 Caregivers in Los Angeles Count the Cost of Alzheimer’s Disease Alzheimer’s disease is not just one of the most mysterious illnesses in the world; it’s also one of the most expensive. Of course, it’s impossible to put a price tag on a human life, but experts in the medical field have analyzed the hours of lost work, medical care, travel expenses, and other financial burdens that Alzheimer’s disease costs people every year. Below, caregivers in Los Angeles highlight some of these expenses. National Spending Federal programs are responsible for a huge part of the cost of caring for Alzheimer’s patients.... View Article 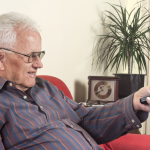 Tips from Assistance for Elderly in Los Angeles for Making TV Better for Seniors If your elderly loved one is like most seniors, he spends a lot of time watching television. Some of us might wish that our parents could get outdoors, read, or do other activities a little more, but the truth is that the TV has become the constant companion of many seniors, for better or for worse. That’s not always a bad thing—a senior whose eyesight is too poor to read a book might get very bored without the local news, informative documentaries, and exciting dramas to... View Article 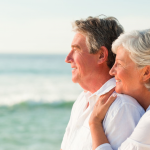 In-Home Caregivers near Los Angeles Look for Better Early Tests for Parkinson’s In-home caregivers near Los Angeles know that one of the biggest frustrations connected with Parkinson’s disease, Alzheimer’s disease, dementia, and other mental illnesses is the lack of clarity in their early stages. As seniors get older, it is easy for them and their families to stress over memory lapses and loss of physical strength, wondering if they are signs that an incurable mental disease has taken hold. Parkinson’s disease researchers believe they have found a surprisingly accurate—but also surprisingly simple—method for identifying early-stage Parkinson’s. Writing the Evidence Down... View Article