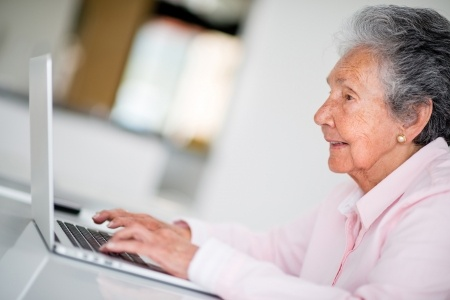 Admittedly, not many seniors are video game enthusiasts. But with the rise of physically oriented systems like the Nintendo Wii, geriatric health experts have become very interested in the possibility of using games to stimulate aging minds and bodies. A new, simple, laptop-based game has elder care in Los Angeles fascinated with its dramatic initial results.

The aging mind appears to lose its ability to handle multiple tasks at once. This makes it unsafe for many elderly people to cook a meal or drive a car by themselves. But what if the brain could be prompted to become a better multitasker again? That’s exactly what the game “Neuroracer” attempts to do. While navigating a car along a virtual road, players must also respond to simple questions that appear on the screen. To test the game, researchers put it in the hands of seniors and then measured their multitasking ability to see if it improved.

Researchers began with a group of seniors who showed a 65% loss in multitasking ability–normal for their age. The seniors took a laptop with “Neuroracer” home and played it regularly for a month. When tested again, the seniors in general showed that they were now working with only a 16% decrease in multitasking power, instead of the normal 65%. In fact, many of the seniors outperformed a control group of much younger subjects who had not played the game!

Eldercare in Los Angeles Gets its Game On

Even seniors who aren’t able to surf the Internet or use complex software should be able to benefit from a game like “Neuroracer,” designed for a specific purpose with the elderly in mind. Don’t be surprised if eldercare in Los Angeles someday adds brain-boosting video games to its list of services. They may allow seniors to multitask in real life longer than their parents and grandparents could.