(ROBERT TRACHTENBURG/ALZHEIMER’S ASSOCIATION) By: AMY SPENCER Kimberly Williams-Paisley is “busy, busy, busy, ” she says on her one day off in Vancouver. But make no mistake: “Thhttps://parade.com/900312/amyspencer/kimberly-williams-paisley-caregiver-alzheimers/e busy-ness is by choice,” says the actress, 47, who lives in Nashville with her husband of 16 years, Brad Paisley, 46, and their sons, Huck, 12, and Jasper, 10. While juggling family life, she’s acting, producing and working with numerous charitable associations, including the Alzheimer’s Association, to which she’ll always have a deeply personal connection. Williams-Paisley was raised in Westchester, New York, by her mother, Linda, a fundraiser whose last job was at the Michael J. Fox Foundation for... View Article 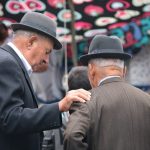 Memory Lapses May or May Not Predict Dementia No one is a bit surprised when a dear elderly relative forgets where she left her reading glasses. It’s perfectly understandable when a senior can’t recall the name of a distant relative who lives in another town at a family holiday gathering. There are other times, however, when a memory lapse sends up red flags in the minds of family members—having a hard time saying the name of a son or daughter, for example, or repeating a story that was told just a few minutes ago. We don’t want to overreact in... View Article 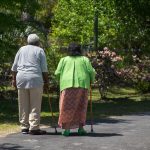 Researchers Believe Walking Speed Reveals Alzheimer’s Disease Development As the (very) long-term process of studying, understanding, and ultimately eliminating Alzheimer’s disease continues, another effort is underway, one with more immediate benefits. This is the quest to diagnose Alzheimer’s disease as early as possible, allowing us to use what medications we have available to minimize its effects as long as we can. Several procedures hold out great promise in this area, such as analysis of certain proteins present in the brain and, more recently, using eye scans to measure response speed. These advanced methods, however, are of little use to the... View Article 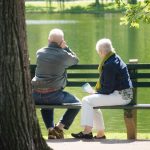 Working Out with CarenetLA Sadly, a lot of seniors fall into bad health habits. There are a few primary reasons that this happens, and CarenetLA does its best to reverse the trend with healthy cooking, encouraging physical activity, and providing stimulating human interaction. Elderly folks who stay active and socialized keep their bodies strong longer, and new research confirms what many people have known intuitively all along: it combats the onset of dementia quite effectively. The Key to Keeping the Mind Strong Cognitive decline is a problem that faces many of our senior loved ones. The brain is such a complex... View Article

The More Languages, the Better 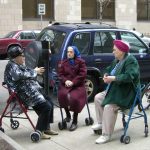 Assistance for Elderly in Los Angeles Goes Multicultural Health and science magazines are full of advice for people who are interested in holding off dementia and Alzheimer’s disease as long as possible. Drink more coffee; eat more protein; walk for 15 minutes per day…the list goes on. Quite a few dementia-fighting techniques fall into the broad category of keeping the mind constantly exercising, functioning at a level more intense than normal life requires. Assistance for elderly in Los Angeles has one suggestion along those lines: learn another language. Stretching the Brain Learning and speaking a second language exercises the brain,... View Article