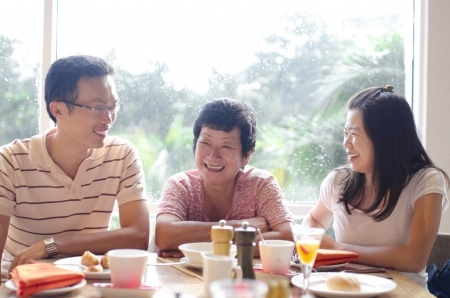 The In-home Caregiver in Los Angeles Recommends Iron for Seniors

If your elderly loved one is showing signs of slowing down—irritability, lack of energy, more frequent sicknesses, even reduced cognitive ability—you might be running through the most dramatic possible scenarios in your mind. Is it Alzheimer’s disease, dementia, cancer, or some other life-threatening illness? Before you jump to the worst conclusions, the in-home caregiver in Los Angeles would like you to consider a common and far less serious cause: iron deficiency.

What Iron Does for Us

Iron plays a very important role in the body: it gives blood the ability to carry oxygen to all the organs and tissues that need it. When the body doesn’t get enough iron, it can’t distribute enough oxygen, and those organs can’t do their jobs well. Muscles get weaker; the immune system can’t withstand disease; and the brain loses some of its thinking power. Unfortunately, anemia due to iron deficiency is a very common problem among the elderly, and most people aren’t aware enough of their iron requirements to recognize that they aren’t getting enough.

Obviously, when it comes to iron, the most important factor is diet. Many people have grown accustomed to choosing pre-packaged meals and restaurant foods instead of fresh, homemade meals. To boost iron intake, seniors should get a solid diet that includes animal proteins, vegetable proteins like beans, and grains fortified with iron. A senior’s doctor may also prescribe iron supplements if he determines they are necessary.

Eldercare in Los Angeles Can Help with Nutrition

There are other factors that affect a senior’s iron levels as well. Vitamin C, for example, helps the body absorb and use iron more efficiently. Orange juice and other citrus fruit should be included in a senior’s diet for efficient iron processing. Eldercare in Los Angeles is available to prepare iron-rich meals for seniors so that they do not have to depend on pre-packaged meals or, even worse, skip meals altogether.